Asbestos: Where it hides in your home.

Asbestos: Where it hides in your home.

Your home is your safe place, your sense of security and the place you can rest at ease. However, there are many materials and substances that we have had in our homes that are now coming to light as dangerous, some potentially deadly. Asbestos is one of the more dangerous items that you may have hiding in your home, especially if it was built or refurbished before the year 2000.

Asbestos is always dangerous, but it’s more dangerous when the fibres become airborne, so don’t panic and tear your house apart. It’s important to highlight that undisturbed asbestos is not safe in any form, but if left undisturbed, it is safer than airborne asbestos fibres. When airborne, the fibres can be inhaled and contaminate other areas by clinging to clothing and shoes.

Mesothelioma, as well as other asbestos-related diseases, are caused due to exposure to the deadly material, and symptoms typically only show about 30 years after initial exposure. The risk increases with increased exposure, but it does not mean that short term exposure is safe. Cutting or breaking a wall containing asbestos fibres can be deadly for yourself and anyone who may be exposed, directly (inhalation at the site in question) or indirectly (asbestos fibres that might be on your clothing or shoes).

There are at least 20 places where asbestos might be lurking inside and outside your home, so please take care when you’re working in these areas. If you have any doubts about a product that you believe might have asbestos, the best thing to do is have an accredited asbestos consultancy safely take a sample and test it, and also to test the air in the room if work had recently been carried out there. That’s the only way to truly be certain.

Asbestos’ thermal resistance and strength are the main reasons why it was used in the making of cement water tanks. Being tasteless, odourless and microscopic, you won’t know if there are fibres in your water from these tanks. If these tanks are being used for drinking, washing dishes and laundry, or taking showers, there is a risk of exposure to the deadly fibres.

Another place you’d likely find asbestos is in pipe lagging. For those of you who don’t know what this is; it’s the insulation fitted around pipes to stop them from bursting by keeping the heat in the pipes, especially when it’s cold. To some degree, it also prevents you from getting burned if you touch them. Asbestos is heat resistant and because of this quality, it was widely used in pipe lagging. In some older builds, you may find damaged or disintegrating pipe lagging. It’s advised to leave it as undisturbed as possible and call in an accredited asbestos consultancy to test the product for asbestos, and recommend a management or removal plan.

Loose fill insulation is used both commercially and domestically, and can be found in loft spaces, in between cavity walls, under floorboards and irregularly shaped places. Asbestos loose fill insulation is possibly the most dangerous asbestos-containing material (ACM) as it’s pure asbestos and if disturbed, it can release large amounts of fibres into the air, where it can be inhaled and also can adhere to clothing and shoes, contaminating other areas.  Only professionals should be called to assess and remove this type of asbestos due to its fibrous nature. 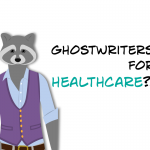 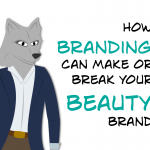 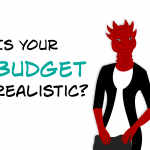